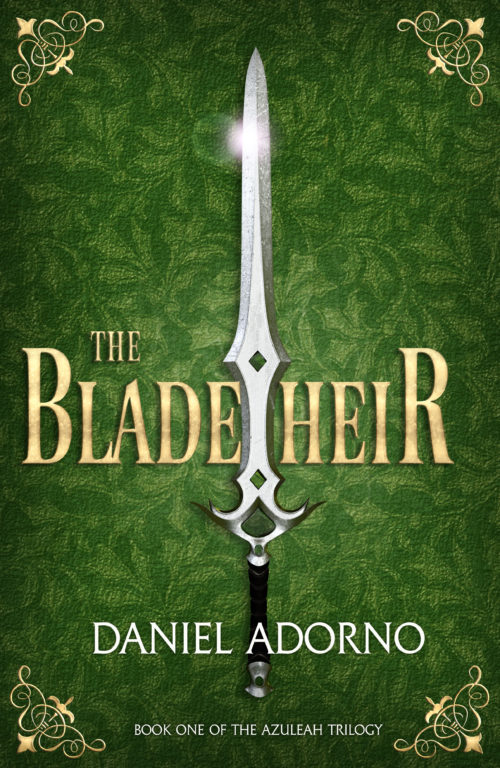 The Dragons Have Awakened…

Kraegyn, the leader of the dragons, has risen from the ashes. Lucius Nostra suffers recurring nightmares of the black dragon. The frightening dreams signal the ominous return of the dragon tribes that wreaked havoc on the peoples of Azuleah. Confused and uncertain of his role in the gathering storm, Lucius joins his elf brother Siegfried on a perilous journey to reforge the Requiem Sword–the blade which once defeated Kraegyn.

Lucius’ quest will take him through the kingdom of elves, dwarves, and faeries. Though he will gain allies on his quest and uncover secrets surrounding his past, can Lucius survive long enough to stop Kraegyn’s ascension?

The Blade Heir is Daniel Adorno’s first novel in a series of Christian fantasy for teens and adults. This is an epic fantasy adventure readers of all ages can enjoy.

If you buy directly from this website, you'll receive EPUB, .MOBI, and PDF files to use on multiple devices. Plus, buying direct ensures that the highest percentage of income goes to me rather than a big distributor like Amazon. This allows me up to create more stories for you in the long run!