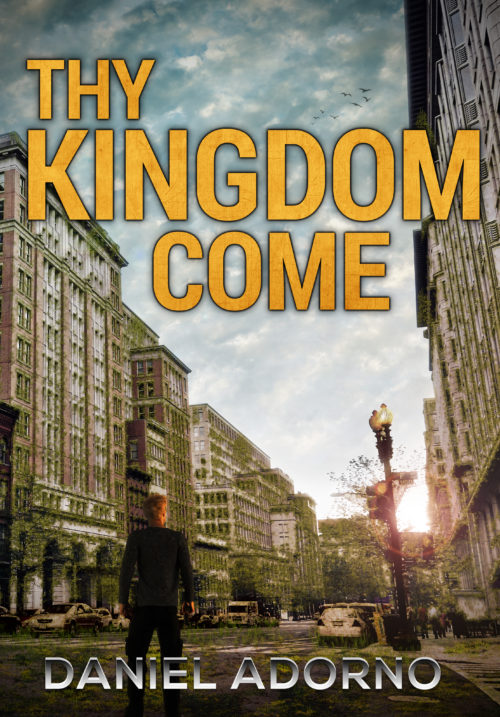 A Deadly Outbreak. A Teen Searching for Answers. A Fight for Survival.

In the shadow of the futuristic metropolis of Minneapolis, a biotech virus has ravaged the population and turned the diseased into mindless electricity devourers. Dex Finnegan is one of the few survivors of a virus called Navitas which nearly caused the end of the world by uploading to cyber implants worldwide and infiltrating human minds.

Still traumatized by the loss of his parents, Dex is desperate for answers to the outbreak. Why do the Mindless mobs hunt and kill the survivors? Why do they even exist? His uncle Richard, an employee of the company responsible for releasing Navitas, might be the only person who knows the answer. But leaving his rural hometown to venture into the city may prove more difficult than he expects. Looting gangs stand in his way and the Mindless masses are an ever present threat. But the real challenge will be escaping the chaos before Navitas infects him too.

Thy Kingdom Come is the first entry in Daniel Adorno’s latest Christian post-apocalyptic series. If you love end of the world survival fiction or an alternative to surviving the zombie apocalypse, then you’ll enjoy this fast-paced, action-packed tale of survival.