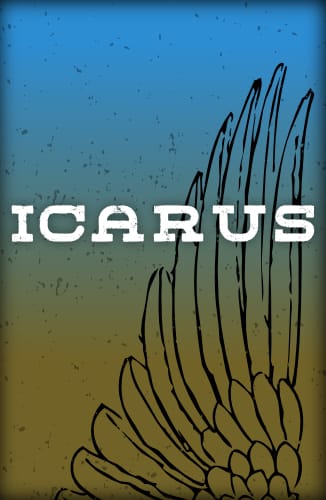 This week on the blog, I'm going to start a new trend of posting my short story fiction for everyone to read. I'm thinking this will be a monthly deal to shake things up from the usual writing advice posts. Plus, I'm sure there are some of you readers out there who are looking for some more of my work to tide you over until the next novel comes out.

I wrote this story about four years ago to get into the practice of writing "flash fiction" or very short stories. In the future, I'll likely post longer stories, but only time will tell how popular this short story fiction collection will be.

Hope you enjoy this one and please leave a comment or feedback at the end. Thanks!

“Almost,” Nia Winters replied. She tightened the jets attached to her ankles and zipped up her wingsuit. Her stomach tightened as Jensen opened the plane's rear cargo door revealing the moonless night sky. Rushing cold air blew her hair in every direction, so she quickly strapped on her helmet.

Captain Dalton shook his head and glared. “Winters, did you secure your chute and shoulder turrets?”

“Good,” Dalton said. “This is a standard search and destroy op. The Pentagon found a resistance camp on the Santa Barbara bluffs. You are authorized to use lethal force on all resisters granted by Ordinance 71.”

“Awesome,” Jensen said, holstering a pistol on his hip.

“Who are these resisters?” Nia asked.

“Religious fanatics. They've broken the law by assembling without government approval,” he replied. “Turn on your HUDs and toe the line.”

Nia flipped a switch on her helmet and an LED display popped up in her field of vision. She walked up to the caution line next to Jensen and stared at the clouds rushing below. Dalton began counting down. He reached zero and they jumped into the abyss. Torrents of air buffeted her body as she descended. The fall lasted for a minute before the California coastline became visible.

“Wings up!” Dalton's voice crackled inside her helmet.

Nia spread out her arms and legs, allowing the webbed membranes of the wingsuit to expand and catch the air. The ankle jets turned on and thrust her forward toward the bluffs. The HUD beeped when her destination was in view—an encampment near a cliff.

“Multiple targets on the ground! Permission to engage?” Jensen asked.

“Roger.” She turned her body and banked eastward. More beeps from the HUD confirmed six targets on the bluff. The turrets positioned to aim and she commanded them to fire. A stream of tracer bullets lit the sky, piercing the ground as the resisters ran for cover. She quickly flew beyond the targets and the HUD screeched at her. Her shots missed.

Nia arched her back and gained altitude. The jets provided enough boost to ascend and quickly turn around. Her turrets readjusted, attempting to lock on the targets again. Two resisters were in sight, frantically trying to outrun her. She descended to get a closer view of the ground and avoid missing her targets. Nia was surprised to find the encampment consisted of nothing more than rows of shanties and tents surrounding a fire pit.

A long beep from the HUD signaled that the turrets were locked on the two resisters again and awaiting her command. She swooped in closer at full speed and readied to fire, but hesitated when she realized one of the resisters was a child.

The hesitation cost her. Nia flew past them and struck the corner of a shanty. She hit the ground hard on her side, rolling uncontrollably before she felt herself fall from the bluff's edge. The membrane connected to her legs caught on the jagged cliff face and suspended her upside down.

“Jensen! I need help!” She screamed.

The sound of ripping nearly stopped her heart. She searched for a handhold, but her movements caused more ripping.

“Give me your hand!” A male voice shouted above her. The man clutched her right leg and extended his hand.

She twisted herself upward to reach despite the pain from her ribs. He caught hold of her arm and hoisted her onto the bluff. The man stepped backward, a young boy stood beside him. Nia pulled out her pistol and aimed it at the man's chest.

“It's okay, Stephen,” the father said.

Nia swallowed hard, holding the gun steady. Nothing about the man or his son posed a threat. They were barefoot and wore ragged clothing—she felt pity for them both.

“Go,” Nia said, without thinking. “Go before they find you!”

“Thank you,” the father said. He grabbed his son and they ran behind a row of shanties.

Dalton's voice crackled on the HUD, but Nia could not make out his words; the crash had damaged her helmet's receiver. She took off the helmet and placed it on the ground.

Two gunshots nearby startled her. Nia clutched her broken ribs and hobbled toward the sound. Behind some shanties, Jensen stood over the body of the man who saved her. His son wept and tried hopelessly to wake his father. Tears welled in the corners of her eyes.

“He was carrying this,” Jensen said, tossing a book on the ground near her feet. “Where are the rest, kid? We know there's another camp where you hide. Take us there and I won't kill you.”

The boy sniffled and looked at them, but said nothing.

“Wait!” Nia yelled, her heart dropping as she watched the child hold his dead father. “This is...wrong.”

Jensen laughed. “You'll learn, newbie.” He aimed his gun at the boy.

Nia grabbed her pistol and fired two shots at Jensen's chest. He crumbled to the ground.

The boy sobbed as she stood motionless, trying to comprehend what she'd just done. She dropped the gun and heard Dalton barking commands from within Jensen's helmet. She approached the boy slowly.

“I'm not going to hurt you, Stephen,” she said, raising her open palms. “We have to go now, they'll be coming for us.”

The boy hugged his father one last time and reluctantly took her hand. Nia picked up the book.

“Dada wants you to take it.”

The cover had a cross on it—a symbol she recognized, but knew nothing about. She tucked the book inside her wingsuit and they ran into the night.