The Importance of Backstory and Delayed Gratification

Loneliness as a prevailing theme in science fiction

Lessons on Writing to Market from Little Women

Blogging and Writing Goals in 2018

Upping Your Writing Game in 2017 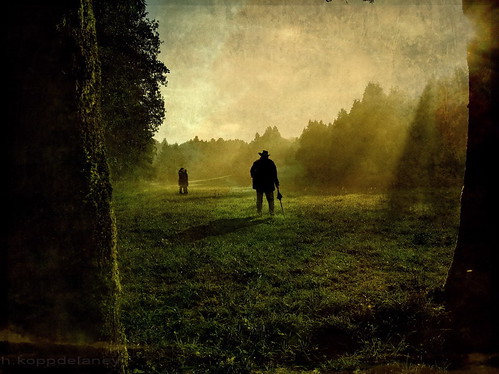 The popular TV show, Lost, was one of my favorite shows to tune in and watch every Thursday night. One of the things the show did so well was juggle an ensemble of characters and make me care about every character onscreen. How did the writers manage to do this? By carefully unveiling each character’s backstory through flashbacks and connecting their past struggles and triumphs with their current conflicts. Ideally, every writer aspires to present their characters to readers in this way, but sometimes it falls flat. Why is that? Here’s some insights I’ve gleaned from my own writing.

Hi, my name is Daniel and I’m an exposition-aholic. I love to create character sketches with minute details about backstory that readers don’t care about and drop it into my stories. It’s true. Writers love to obsess over the smallest details about their beloved characters and sometimes create an info dump that does nothing for the overall story except bog the pacing down. This is never a good practice if you want to keep a reader’s attention. I discussed this issue recently with a good author friend of mine and we both agreed that info dumping is the worst way to tell a character’s backstory. I think as a writer, I’m tempted to justify all that time I spent sketching a character’s story by including everything all at once, especially if that particular character has an interesting backstory. But there’s a much better to go about it.

Tell a Character’s Story in Pieces

Going back to Lost as an example, each character’s story was told throughout multiple episodes and sometimes the viewer only got a few tidbits. The same approach should be utilized in longer writing, like novels, where the author has a several chapters to stretch out the backstory. I’ve been doing this recently with the sci-fi novella I’m writing. I was tempted to include the protagonist’s tragic backstory in one whole chapter, but then I realized how much of an info dump that quickly became. When I cut up my character’s backstory and sprinkled it throughout several chapters, it flows much more naturally for readers. They get to know the character over a longer length of time rather than be inundated with information right at the start. If you think about meeting someone for the first time, they don’t tend to reveal everything about themselves right away. You learn more about their hopes, fears, dreams, and flaws as the relationship progresses. Treat your characters the same way when introducing your readers to them.

Readers Come Back When Gratification is Delayed

My final observation on approaching backstory through pieces comes down to this: delayed gratification. As a writer, I want readers to know about my character’s backstory right away because it’s an instant gratification. I know all these juicy details about the protagonists or antagonists and I want to let everyone in on it! And to some extent, readers want to know all the secrets too, but you do a disservice to readers if you let the cat out of the bag too early via info dumping. There’s a sense of mystery that’s created when you wait to divulge details about a character’s past and that keeps readers coming back for more. When none of the character stories were resolved on an episode of Lost, you better believe I came back next week and tuned in, longing for more details however small they might be. The same is true of books. You don’t want readers to find your characters bland or check out from your novel because of an info dump. You want them to get caught up in the mystery of a character and keep turning to the next chapter to find out more. So control the impulse to give away too much too quickly and create an engaging backstory that will bring readers back each time.