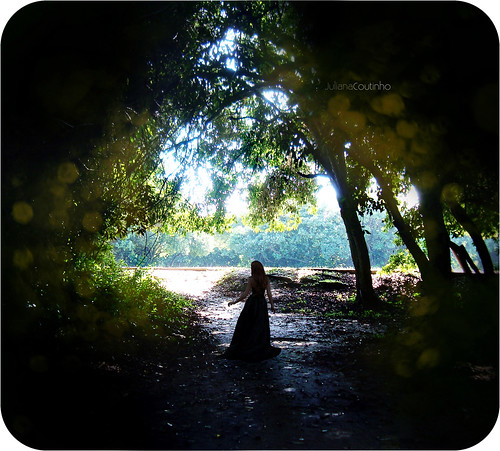 The following is a guest post from speculative fiction author, E. Kaiser Writes.

Although there is a growing trend for fiction that involves major spiritual beings, (it’s called Paranormal, and has been hot in publishing) most Fantasy titles stay clear. (Somewhat. Lines are blurring everywhere, but I’m talking generalities.) Fantasy and Fairytale genres tend to lean more toward the “magic is the power” way of thinking… (which, personally, I’m not super comfortable with, either.)

That’s one reason why I was so surprised to find heavenly influences featuring so prominently in the tales of Hans Christian Anderson, an author whose writings I had never really cared for. Giving them a new look in researching my latest series, I realized how heavily Anderson opted to have angels appear in his tales.
Think of the Red Shoes… (have you read that story? Talk about gruesome! Ow!) At the end the penitent girl (now footless) has turned her heart so pious that she wishes above all things to go to mass, an angel appears, touches the walls and the ceiling with a rose (what is it with roses and Hans Christian Anderson?) and the room becomes the church, with the girl seated right in the middle of the worshiping congregation. (At least the version I read. In others I hear she dies of joy. Fun stuff, Anderson!)

In the Snow Queen Anderson again employs heavenly messengers; at last reaching the Snow Queen’s icy palace, Gerda prays and her breath takes the form of angels who resist the snowflake guards and allow her to enter.
Although I’m not a fan of Anderson’s works — they are much to rambling and with no through line whatsoever, not to mention very little of the fascination many other fairytales command– I was uniquely intrigued by his marriage of angels and fairytales.
It made me rethink some of my positions.

I am rather on the conservative end of speculative fiction, I feel that while there are many vistas spread wide open, some are totally out of bounds. The recent rash of paranormal is definitely one of those places; for me, I feel it plays lightly with things that are very serious and very much beyond our ability to know. Demons are nothing to be trifled with, and angels cannot be translated into human terms and then danced about like puppets on a string.
The seemingly popular “star crossed angel/demon lovers” theme is gravely ill informed, since biblically it would seem evident angels, as Christ says “neither marry nor are given in marriage”. Since marriage is the appointed place for love as the “star crossed lovers” definition would have it, then angels are not composed with that as an option. In fact, since they are truly spiritual beings, it would only make sense that they would have no level that mirrored the animal-like aspects of reproduction at all… we mortals are near to the other mammals on this earth being all born of creation, but angels are spirit beings and would be as intrinsically different as light itself. And just as light can never, ever get wet; no matter how much water it goes through, it simply has no physical state.
So to, I believe, angels must, (if capable of such a “free choice” notion as “love”,) must function fully in agape love, as an extension of the Father whose face they see continuously.

Anyway, I take spiritual realities very seriously, and will be the first to admit that I am in no way capable of actually knowing what is going on in that invisible realm. But since it’s so important, I’m reluctant to make wild stabbing guesses and turn it into a plaything to twist in the hands of my imagination.
It’s serious stuff, and I respect it as such.

So previously I had gone with the route of not having anything “angelic” in my tales, since I wasn’t sure where crossing a line might happen. (I realize others have run hog wild, but I’m still responsible only for me.)
But as I approached the middle of this story, with it’s origin’s distinct inclusion of prayer and angelic assistance, I began to wonder. What do we know about angels? How might they possibly work? And even if we don’t know, is there a way they could be handled in the realm of fantasy that might bring them respect from minds in our own world?
“Angelos” simply means “messenger” in Greek, and as I read the only trustworthy tome (I feel) we have on angels, it was obvious that they were all over the scale. They had different jobs, different ways in which they interacted — or didn’t — with mortals, and certainly different appearances.
Like drastically different! The description of the ones that guard the Holy Throne… I tell you what, I’ve got a great imagination, but I cannot for the life of me concoct a mental picture.

Since there are so many types and kinds of them, I was uniquely struck by the passage in KJV Rev. 16:5 that says “…I heard the angel of the waters say…”
Our understanding of exactly what something like that means is necessarily imperfect, but what about just as a jumping off point for a obviously fictional world and a fairytale setting?
If there is an angel of the waters in real life, then might not there be angels for the seasons? In a fairytale, couldn’t that be a way that the Creator of that world might work His will in that realm?

In the end I decided to go ahead and accept that as part of the world that was emerging in my writing, and as soon as I did it opened up so many new opportunities for the story to point more openly toward Ultimate Truth. I think it was a necessary part of the tale, and I’m glad I went with it.
Whether I’d include angels into any other of my worlds, I can’t say. I’m still reluctant to tread too far over a line on this subject, and so I think I’ll stay on the cautious side of careful.
But this did open up some places that I hadn’t gone before with my own perspective on our world, and I have to say that I’m humbled and a little amazed how the pursuit of writing can bring us deeper into the understandings of even such a little thing as the magnitude of ignorance we have on the forces arrayed in our favor as children of the Most High King.

E. Kaiser Writes credits her nearly nomadic childhood for the vast reach of her fictional worlds; she has lived (and gotten to known the locals) in the Rocky Mtns, the Smoky Mtns, the plains, the deep forest, the searing Texas summer and frozen Minnesota north.  Her THAW series is an imaginative fairy tale based on the Snow Queen folklore plus numerous other well-known tales. The first two books in the series are available on Amazon and the third is soon to be launched. 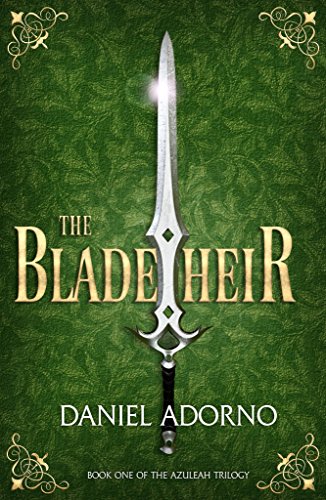